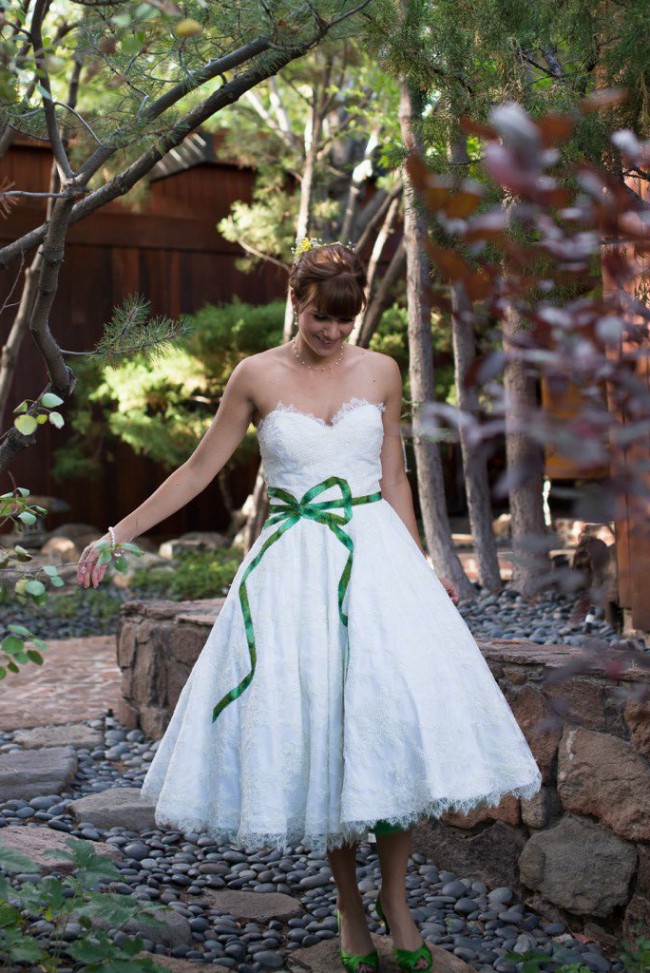 The dress has been worn once, in 2014 and has been professionally cleaned. The dress features an apple green bow around the waist sewn into the dress. The petticoat has an apple green tulle and is only seen when the skirts are pulled up or when one is twirling. The pictures of the gown hanging were taken in December of 2019 and appears as in the photos. The dress has been kept in a garment bag and has no discoloration. A note from the designer on the tag states "The gentle clubs, shadings and flecks are characteristic of the fine silk threads weaved to create this long-lasting luxurious fabric. They are not to be considered defects. With proper care your gown will endure the test of time."

The alterations were only made in the bust putting a bra on the interior so the dress can be worn with or without a bra. 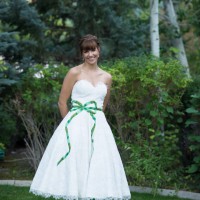 Kerstin is selling this dress exclusively on Stillwhite, so you won't find it anywhere else.

Kerstin is selling this dress at the lowest price on Stillwhite.

Once you send a message, Kerstin can invite you to purchase the dress.