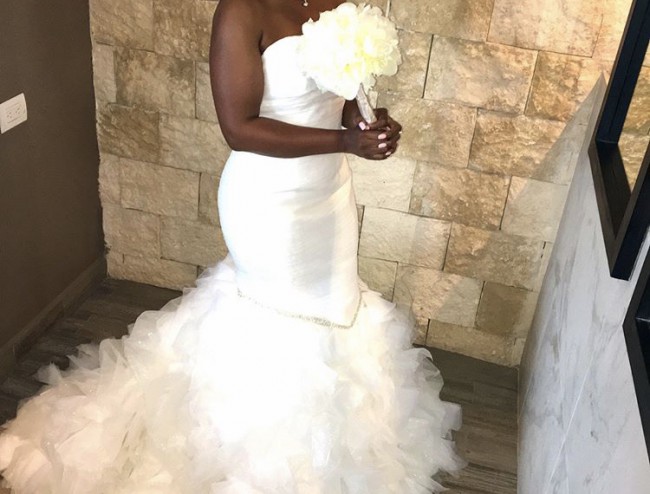 Label: US 10
Street: US 8
Tip: Contact the seller for measurements to ensure a perfect fit!

Beautiful mermaid wedding dress, I wish I could include more pics of myself in the dress. I received so many compliments on my dress! I wanted a dress to show off my curves & this was perfect. Wedding dress can also turn into a reception dress, the train has a zipper & detaches. I had 2 other dress options so I wore the wedding dress & the shorter version for a total of 3 hours.
Customizations were extra such as: the zip off portion of the dress (where the stones are along the bottom), corset in the back, cups inside the dress which can be removed, and for the dress to have a button underneath to lift the train so that it’s tucked. Around the rim of the train there is some dirt due to walking & the train dragging on floor, which can be dry cleaned. Purchased at Winnie Couture Buckhead. Included a pic of the rim of the train that dragged while walking, tulle is perfect & was not affected when train dragged (also included tulle pic).
80% polyester and 20% silk.

Alterations done to place a corset in the dress, zip off train into a shorter dress and a button underneath to tuck the train in a little (used while doing first dance, so groom did not step on train). 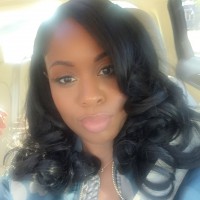 Takiara is selling this dress at the lowest price on Stillwhite.

Takiara is selling this dress exclusively on Stillwhite, so you won't find it anywhere else.

Once you send a message, Takiara can invite you to purchase the dress.