This dress is currently unavailable.

But don't worry, we have plenty of others to choose from 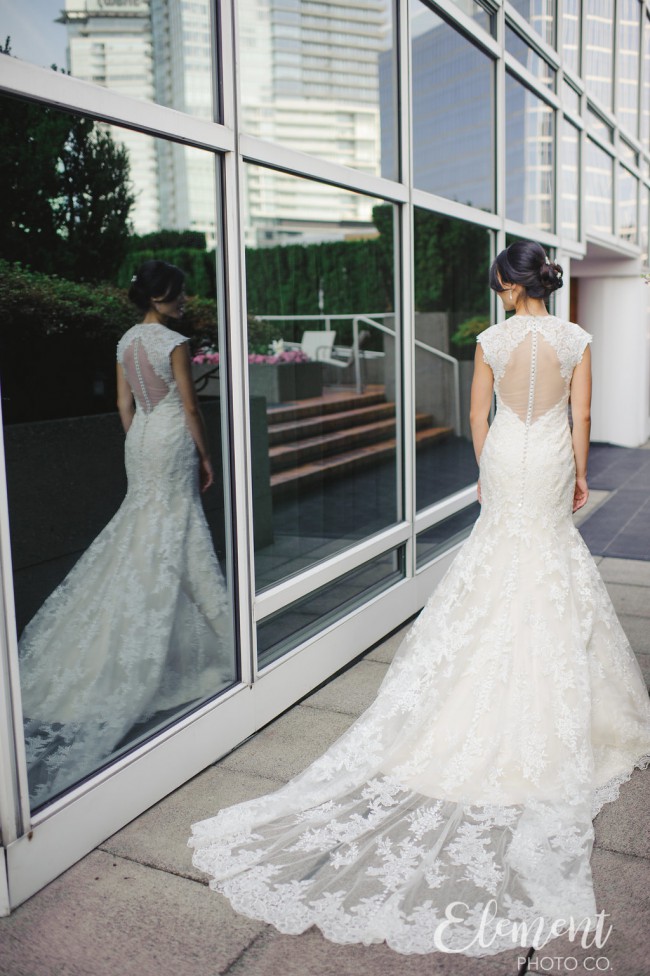 Label: US 4
Street: US 2
Tip: Contact the seller for measurements to ensure a perfect fit!

- The dress has been professionally dry cleaned after the wedding so it's in great condition - almost like new. (dry clean cost CAD $400).

- Opened the inner layer a bit so it's easier to sit and walk.
- Added a loop in the back of the dress (about knee high) so the train could be bustled up for dance after the ceremony

Owner's note: I had always thought I would want to sell my dress, but I became so sentimental after the wedding day and was contemplating so hard on whether to sell my dress. It really is a beautiful piece, everyone was "wow-ed" when I showed up. I felt I was so beautiful that day (being super emotional probably helped as well!) Any day that I get to put on my dress is a good day, it truly is!(Maybe that's why I was secretly hoping that it wouldn't sell so I could wear it for an anniversary shoot lol) Anyways, if you end up making the decision, I hope you will love it as much as I do. 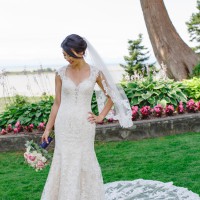 Once you send a message, Yishan can invite you to purchase the dress.