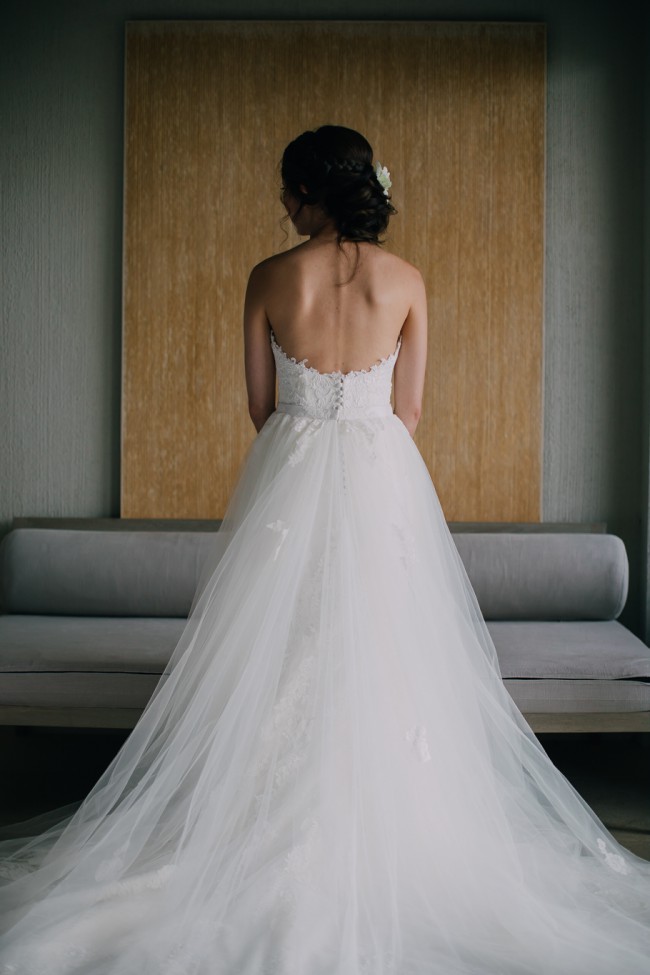 I got married on Australia Day in 2018 and really wanted a dress that was multifunctional to keep the budget down.

I fell in love with the Pronovias Princia dress as it just brought out all the right curves. The beautiful lady at the wedding dress store also suggested that I get an overlay skirt made so that I could have two looks with the same dress. This worked brilliantly. I wore the overlay skirt at the ceremony and took it off for the reception. The overlay skirt is made of tulle with lace appliqués.

I also have a two-tier cathedral veil. Unfortunately, it has a little rip close to the end. I think it could be saved if about 5cm is trimmed off. It is a very long veil so I do not think it would be noticeable if it were 5cm shorter. I'm willing to throw this in with the dress for free :)

All pieces have been professionally dry cleaned.

Taken in slightly at the waist and just below the bum to give a more mermaid shape. I also had bra cups inserted, two bustles added and the length was altered. I am 163cm and wore 12cm heels.

Once you send a message, Elizabeth can invite you to purchase the dress.