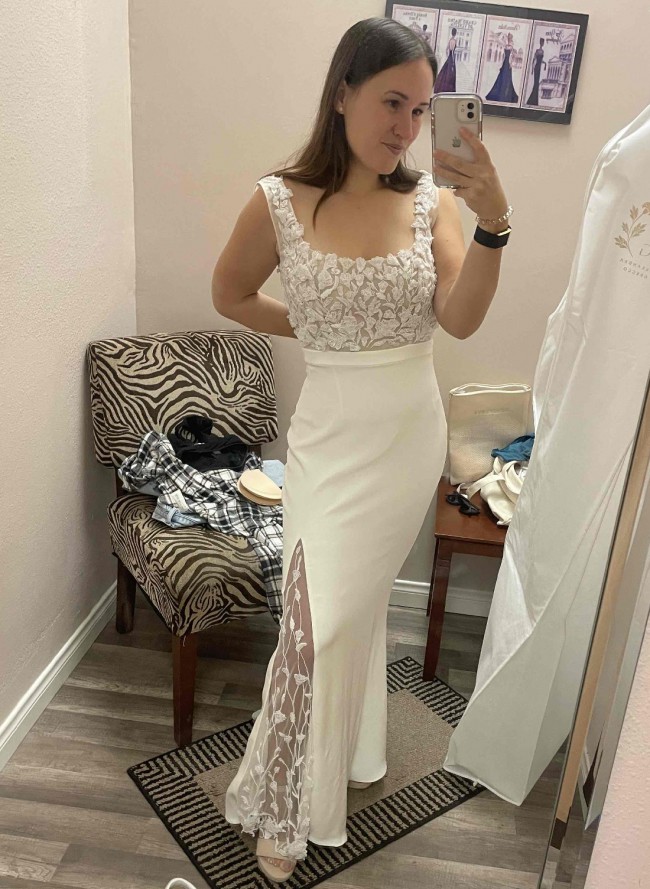 This beautiful AG Oleana arrived after I had already bought another dress (originally was supposed to come in August but didn’t arrive until late October, and had already bought a second dress out of sheer panic this one wouldn’t arrive!) Long story short, I got both dresses altered because I couldn’t decide which one I wanted to wear, and ultimately chose the other because it fit the winter wedding theme more. This dress is gorgeous and deserves to be worn. It has been altered, described below.

Straps were shortened slightly.
Dress was hemmed to match my 2” heels, so it would work for 5’6” or below. Only the front was hemmed to match the train, and with that the sheer lace floral design on the bottom slit was altered a bit, but still looks gorgeous (pictured). Cups were added and can easily be removed. The designer added an extra layer of organza lining to the dress during production so that it wouldn’t be as sheer and see-through. Single-button bustle added for top and bottom layer. 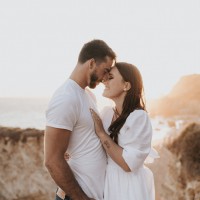 Once you send a message, Mariah can invite you to purchase the dress.