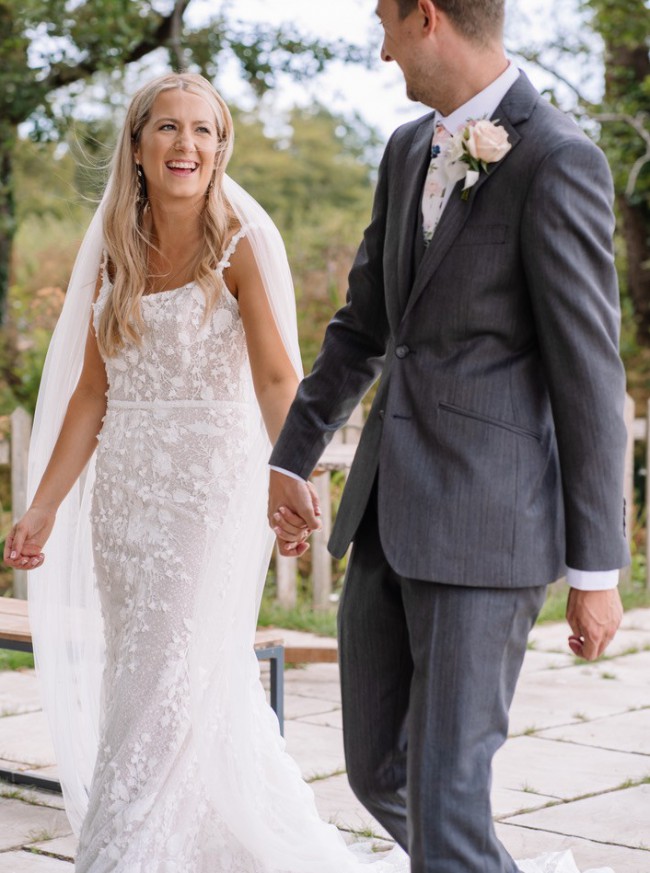 Clover is part of the Jane Hill Muse ’21 collection. This dress has a square neckline with a low scoop back with buttons and a train. It has a sparkle underlay and floral appliqué throughout. Dress is lined in the Natural shade ivory.

I got married this summer (July). Dress was bought brand new at the cost of £3,560. As much as I adore it, I won’t wear it again and the thought of it sitting in the loft is upsetting. It's the most perfect dress, it deserves another day out.

It’s in perfect condition and has been professionally cleaned.

If you’re in the UK and would like to try it, you’re welcome to do so just contact me and we can arrange this. Your other option would be to try the store sample, as you may have a store that stocks Jane hill closer to you. (mine was sample store size). I am based in Poole, Dorset.

Size was not adjusted, but was hemmed due to it’s length. The skirt fell straight down, and so I had it taken in at thigh level to add shape only, this would not impact sizing. Straps were very long; they were shortened.
I wore a seamless bodysuit underneath which had a built-in bra. It had a low back so was invisible. The straps were only tacked to the straps which I have now removed. You could wear a stick on bra but I liked having the straps so an invisible bodysuit is a nice option too. 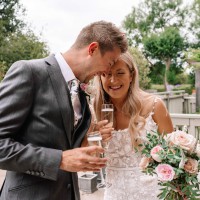 Imogen is selling this dress at the lowest price on Stillwhite.

Imogen is selling this dress exclusively on Stillwhite, so you won't find it anywhere else.

Once you send a message, Imogen can invite you to purchase the dress.