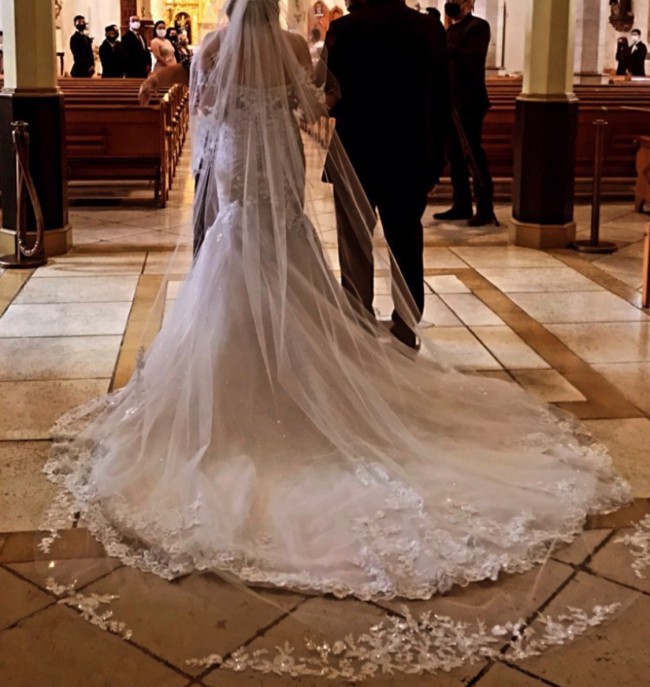 The measurements are a bit off since I am not the same weight and/or size that I was at the time of the wedding. Originally I bought the wedding dress based on the size/measurements of my hips (which they recommended I do) and later had it tailored to my body. To get a more accurate measurement/idea of the dress it is best to look at the photos as they are more accurate.

The back of the dress is made up of buttons. They run down and it creates a nice spine on the dress.

If interested, I still have the veil seen in the profile photo. It is in pristine condition and is also up for sale should you like and/or want the full look.

Thanks so much! Hope to hear from you.

It was taken in a bit. We made it so that the train would bustle, and put in some padding so that it would have a “built-in bra.”

Daniela is selling this dress at the lowest price on Stillwhite.

Daniela is selling this dress exclusively on Stillwhite, so you won't find it anywhere else.

Once you send a message, Daniela can invite you to purchase the dress.