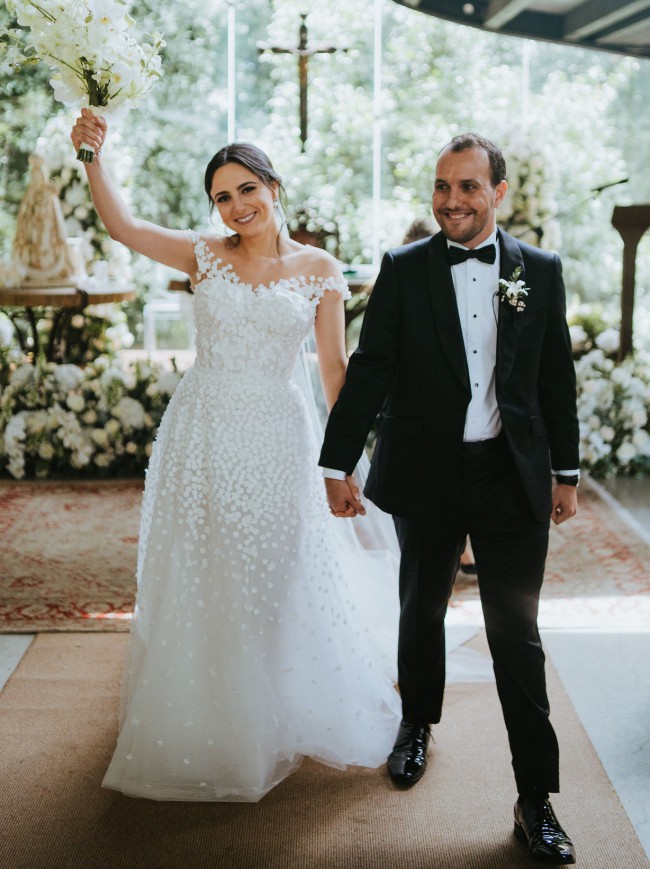 The dress is a strapless sweetheart dress with embroidered flowers all over it. I added a topper with some of the same embroidered flowers as well giving it an off shoulder appearance, but the topper can be removed (as seen in one of the pictures). The topper is unique to any other Mira dress since it was made specifically for me. I personally used the topper for the ceremony but took it off for the reception. The dress is very comfortable and since it is a corset, the top doesn't move around. I have gotten so many compliments ever since my wedding, people haven't stopped talking about it! I have never felt more beautiful than in that dress, and I hope someone else can have that same feeling in it on their wedding day.

The dress itself does not have alterations but it includes a topper that gives the illusion that it is off the shoulder. 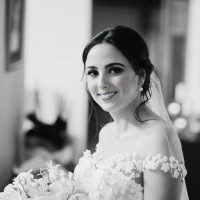 Maria is selling this dress at the lowest price on Stillwhite.

Maria is selling this dress exclusively on Stillwhite, so you won't find it anywhere else.

Once you send a message, Maria can invite you to purchase the dress.