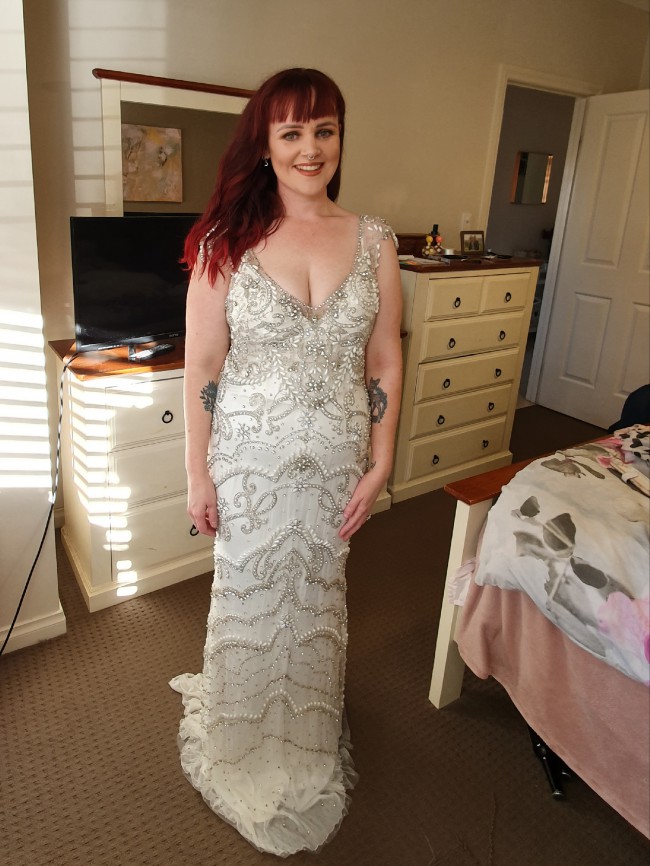 Purchased from Anna Campbell website in a sample sale. It was graded as a level 2 and has some beads missing on the strap and has some beads missing in places on the dress but this is only noticeable when you are really looking as dress is so heavily embellished. I have a contained of spare beads which I received when I purchased the dress if you wanted to replace some of the missing ones.
Bottom of train is discoloured due to being tried on in store ( I assume) and silk tie also has some discolouration. Zipper (the part you hold) is broken but the zipper still goes up and down.
I have not worn this dress aside from trying it on. I have purchased a different dress due to change of mind.
More than happy to send extra photos or videos
Straps look wonky on second picture as they were just pinned for the picture (not sewn at this point).
Thanks for looking! 💕

Cups have been removed. Straps have been sewn into position (these come unattached when received). Straps were sewn in such a way that stitching can be removed. 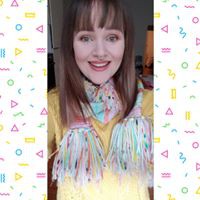 Katie is selling this dress at the lowest price on Stillwhite.

Once you send a message, Katie can invite you to purchase the dress.