This is my dream dress! I tried on over 50 dresses because I knew I would know when I found it and I did! I wanted an elegant dress that showed off my curves, but that would be appropriate for a church wedding. It has a beautiful scalloped see through train that I had not seen in many dresses. It has detailed, thin straps which were more flattering than spaghetti straps. The v-neckline is moderate in depth and the sides were altered by the designer because I wanted to make sure it looked the same just not as low. The way the sides are designed made me look even more trim and gave me a more defined waist.
However, with everything going on in the world, we decided against a big wedding. I was disappointed to say the very least. It has only been tried on one time by me. I hope someone gets to wear it because it is the most beautiful dress and you will look absolutely stunning in it. I am asking for $2700 (before designer alterations) because it has never even been worn before.

Paid to have designer alter to raise side cut-outs to be a little more conservative. No other alterations were made to the dress. 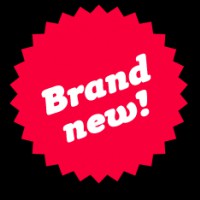 Cindy is selling this dress at the lowest price on Stillwhite.

Cindy is selling this dress exclusively on Stillwhite, so you won't find it anywhere else.

Once you send a message, Cindy can invite you to purchase the dress.