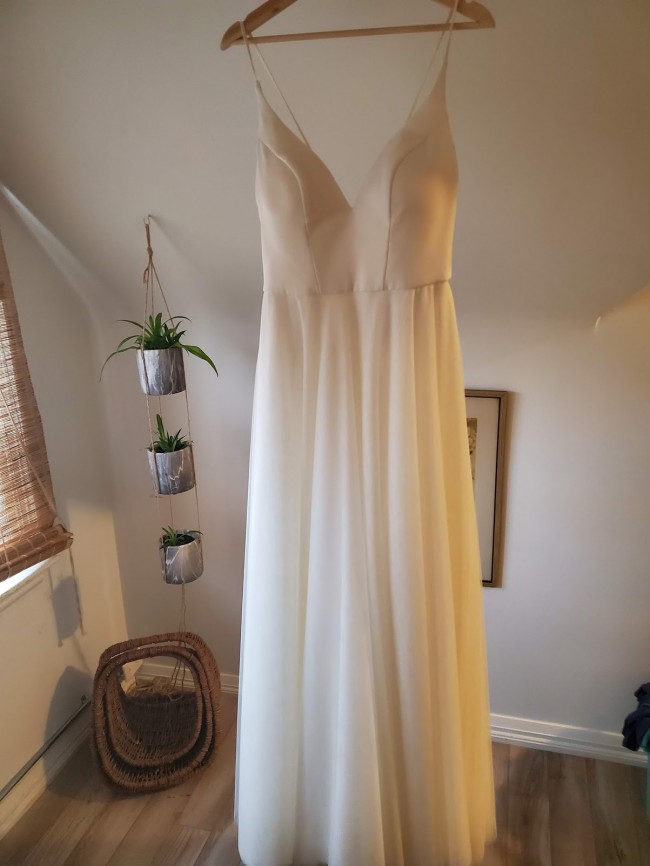 I bought this dress, and had a few alterations made to it before I found another dress that I absolutely fell in love with. Except for during two fittings, it has not been worn.

The dress is Essense of Australia, style D2430

(I also have two lace jackets I am happy to throw in! Also never worn to a wedding)

I had the crisscross straps removed so the back is only a V shape of strap. I was going to wear a lace coat over it during the ceremony and I believed it would be too busy with all the straps.

I also had the waistline raised about an inch (including the boning) to my natural waist. The bodice was taken in to fit my measurements.

The innermost layer of slip was removed because my wedding was planned for Mexico and I thought I would be too hot. The hem and train was taken up a bit to be a shorter flip, since the lace coat had quite a train. I am on the tall side, so it could be altered to a longer train for someone shorter.

Nicole is selling this dress at the lowest price on Stillwhite.

Nicole is selling this dress exclusively on Stillwhite, so you won't find it anywhere else.

Once you send a message, Nicole can invite you to purchase the dress.