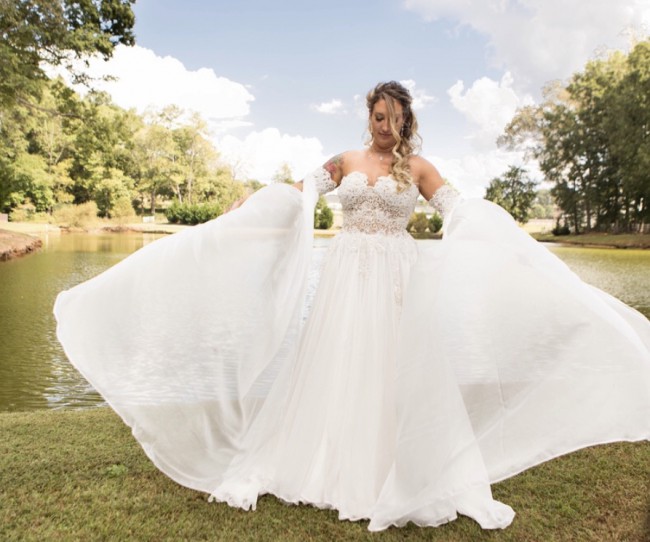 Extremely chic boho dress. Long and flowing, some of my favorite pictures were dancing the way the dress swayed. Matching detached bell sleeve that flows past the dress simulating a veil-looks amazing in photos (I used during ceremony and for pictures and during introductions to reception, but took off during dancing so they wouldn’t be ruined).hand beaded.

Was originally V-neck, altered to create a sweetheart (the sheer around the v-neck was odd, creating the sweetheart eliminated the extra sheer fabric) added boning so no bra needed! used extra lace to create an awesome detached sleeve instead of the tight outdated sleeve that was originally on the dress. Added a bustle for dancing ?? 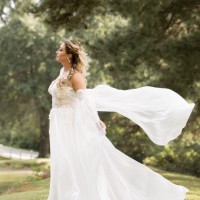 Once you send a message, Erin can invite you to purchase the dress.